This summer has highlighted a common issue with vehicles that most people are unaware of possibly being a problem. Vapor lock.

Vapor lock is caused when fuel boils in the fuel line or in the carburetor. The vapor created from the fuel boiling causes back pressure which blocks the flow of fuel into the engine. The issue generally occurs when the vehicle has been idling for an extended period of time (especially in stop & go traffic) or when the car is shut off and then immediately restarted. The fuel needs time to cool before it will turn from vapor back into a liquid and allow flow through the fuel lines again.

How can vapor lock be prevented? There are a few options you can take to avoid this issue. Installing an electric fan will ensure that you are using the best option to keep you engine compartment cool. Standard cooling systems in older engines were made to use the momentum of the vehicle. So if you are in rush hour traffic, you are likely not getting enough momentum to cool your engine compartment. An electric fan is a smart fix. You can also add insulation to your fuel lines. This will help block some of the heat in the engine compartment and help keep the fuel lines from absorbing the heat.

What can you do as it’s happening? The long and the short of it is that the compartment and the lines will need some time to cool. Depending on where you are and the time of day, that could be a couple hours of waiting. As we always say, make sure you are carrying water with you, especially travelling in the summer. Even if you think it’s just a trip across town, preparing for the unknown is always a wise choice. When that “unknown” is the possibility of being stuck on the side of the road, having water with you can make all the difference in the world. We’re only a phone call away, and we’ll be happy to help!

Owner/operator of Atomic Towing View all posts by Tim 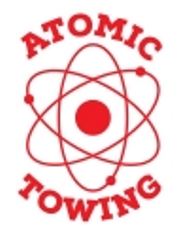